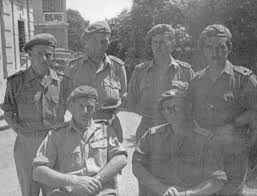 Khaki wool berets were worn in NZ during the late 1930’s by motorcyclists and in July 1944 was introduced for use by senior officers of the 22nd (Motorized) Battalion. My example, shown below, was made by “Kangol Wear Ltd” and is WD marked and dated 1942. The Kangol company was foundered in the 1920’s by WW1 veteran Jacques SPREIREGEN. The company name “Kangol” is made up of “K” for knitting, “ANG” for angora and “OL” for wool. They were the major beret suppliers to the British/Commonwealth forces during World War Two. The company is still in existence today, the company  has been owned by Sports Direct since 2006. 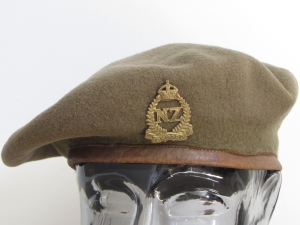 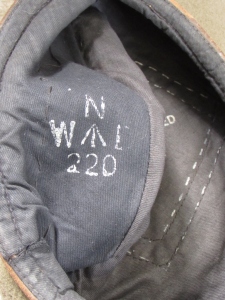 The markings inside are the War Department (War Office) inspectors mark. The War Department was the government department responsible for the supply of equipment to the armed forces of the United Kingdom. The letter above the WD and broad arrow is a date code. This particular beret is has the inspection cade letter “N” which equals 1943. There are a number of websites that have a list explaining what year each letter represents. Reproduced below for your information: 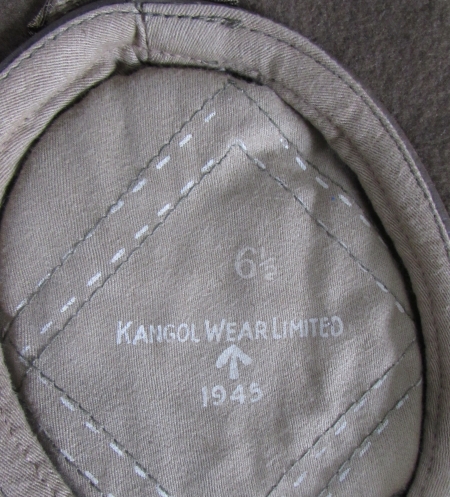 The KANGOL beret lining also came in tan as in this un-issued example from my collection. My 1942 dated one has the earliest date that I have seen on these types of berets but there does seem to be quite a few examples of these 1945 ones around.

The date code of “L” is 1945. Above this stamp you can see the leather protector that coves the back of the two ventilation eyelets.